I should have posted a week ago, but I got so caught up with excitement over seeing my family again that I just put off updating my blog for longer than I intended.  Furthermore, we celebrated my dad’s 26th birthday last October 25th, so BELATED HAPPY BIRTHDAY TO MY PAPI! 🙂

Last weekend was a rather eventful, as there two Koi shows (Bakersfield and San Antonio) and the Kentucky Mud Pond Pull were slated to occur then.  It was rather difficult choosing which event to attend, but at the end of the day geography won the battle and we decided to attend the Bakersfield Koi Show.  Besides, I had been away from California so long, I was anxious to soak up the California sun!

I had just arrived from Minnesota on Thursday and while we intended to leave in the early morning on Friday, there was just too much going on that it wasn’t till after lunch when we got on the road.  Devin called me that morning and asked me if I knew the latest on Steve Childers, who was supposed to catch a plane to join us in Bakersfield as a third judge.  Unfortunately, Steve ran into some automobile issues and was unable to catch the plane out to California (and my dad was so looking forward to sharing a beer/sake with him!)

Bakersfield is one of our favorite places to go: everyone is so friendly, the food is wonderful and the hospitality is amazing.  Papa and I rolled in on Friday at around 4 or 5 (or was it 6?), just in time to catch everyone at the Show Site getting ready to leave (at least we caught them!).  The show this year was significantly better as the show site was three times the lot size that it was in the previous two years as the county fair organizers had given them a much bigger space.  We were greeted at the show site by Show Chairman Ron Unruh  and our local TOMiGAi Dealer Mike Przewoznik of Sumner Avenue Water Gardens.  We were later joined by William Williams, Bart Thompson, Grant Fujita, Jim Phillips, Don and Brenda Chandler, Barb and John Flowers who was running the Koi Show Database and Todd (please forgive me, the last name escapes me).  Malise Unruh later showed up with our room keys (a.k.a. Steve’s room keys…Thanks, Steve!) and the wonderful news that I have been looking forward to all day: Basque food at the judge’s meet and greet!

There really is no way to describe Basque food except this: all-around goodness.  It was such a lovely dinner where everyone came out to talk Koi and meet our well-respected judges: Mr. Junichi Kayano and Head Judge Mr. Grant Fujita.  Incidentally, my father and Grant have one very important thing in common: they both have lovely daughters by the name of Mikki (or is it Miki for Grant?)!  After dinner, we all headed out to the hotel bar to get a few cocktails before turning in and calling it a night.

The next day was just absolutely perfect.  We arrived at the show site and were greeted by the Koi Kichi father-son tandem of Roger and Andrew Spradlin who were assisting the judges during the show.  Last year we saw some Kohaku tosai that Andrew had bred and offered to the club for grow out fish.  This year was the culmination of the grow out as the judges would not only be judging the Koi Show, but the grow out fishes as well.  As Papa and I walked over to his tank to see his now-nisai Koi, we were quite impressed with the turn out.  Not only did they grow, but their skin was just shining.  We both agreed that Roger and Andrew had hit the oyagoi lottery as it was quite rare to have such a good turn out on a single spawn.  (a video interview of their process was taken last year and will be uploaded in the near future.)

Every year the Bakersfield Koi show just keeps getting better: the Flowers’ once again did an excellent job documenting and entering the Koi in their database, and Jim kept the water in the best possible condition. And how can we forget the wonderful work of the Unruhs who always strive to make their show better and better.  It is rather amusing to think that only a short time ago Ron unwittingly attended a Koi club meeting with Malise as the supportive husband and now is a completely certified Koi Kichi himself, and running a Koi Show at that!

Judging commenced and completed and the Grand Champion was:

During the banquet, we had the privilege of sitting with Michael and his wife as well as Roger, Ginger and Andrew Spradlin.  Koi talk is, as always, inevitable, and we started talking about Roger’s winning streak.  They say everything starts and ends with Kohakus and in Roger’s case, this is especially true as he has won Six Grand Champion trophies with six different Koi: all of which are Kohakus.  Roger’s love affair with aquaculture began before I was born, and it seems that he has passed down his hobby not only to his son, but his grandson, Micah as well.   Speaking of grandchildren, The Spradlins had much to celebrate that weekend as it was not only a weekend of trophies, but of grandchildren as well! Andrew’s wife, Kelsey, had just given birth to a beautiful baby girl! Congratulations to Andrew and Kelsey Spradlin!

On the last day of the show, there was only one more thing that we had to take care of.  My father and I had been talking to Andrew and Ron, and we thought it would be a fun exercise to hold a judging competition with the Kohakus that Andrew had bred.  Five Koi would be selected and judged by the club members and Mr. Junichi Kayano would rank the Koi accordingly.  The winner of the judging competition (the person who was able to order the Koi appropriately) would be getting a box of TOMiGAi Tategoi. Don Chandler won the competition, getting two of the five koi correctly while also properly naming the best Koi and runner up was Sing from Fresno, who will be receiving a box of TOMiGAi Spirulina.  Congratulations!

Moving over to the east, and onto the San Antonio Show ANOTHER couple won both Grand Champion and Reserve Grand Champion, respectively: 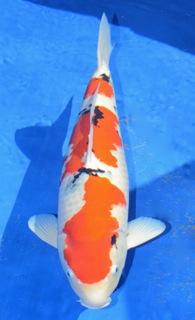 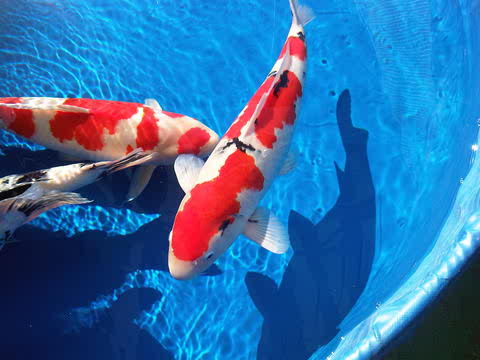 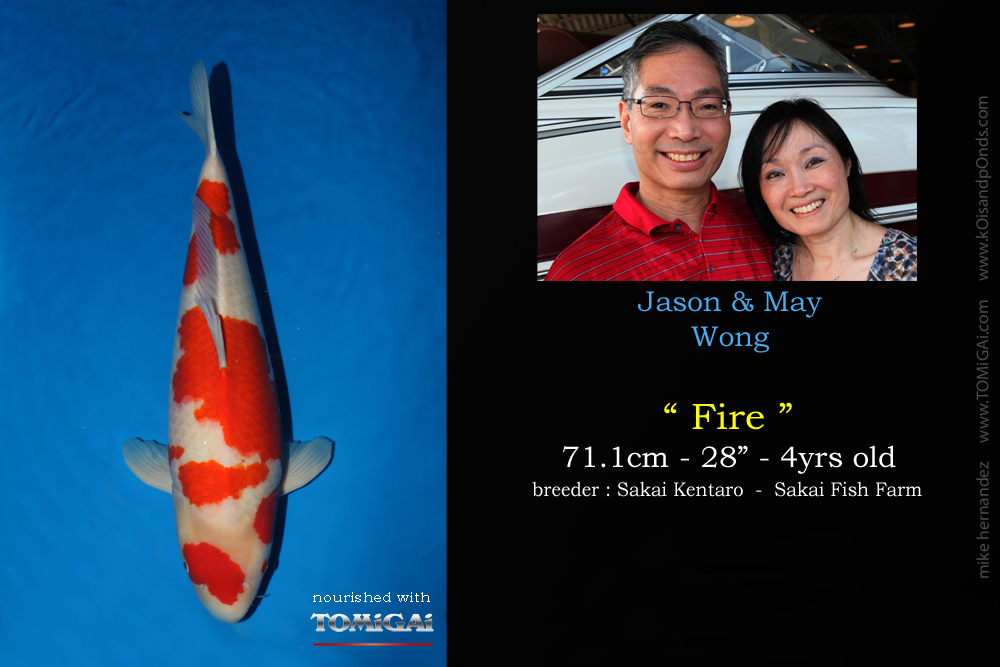 Jason took a clean sweep in Texas, as he had not only won in San Antonio, but he also took the title of Supreme Grand Champion in Dallas! Congratulations, Jason and May!  Your tireless efforts in promoting the Koi hobby is very admirable and we would like to thank you so much for believing in TOMiGAi and allowing us to be a part of your Koi  Journey.  We are very sorry that we weren’t able to join you this year, but we love Texas, so we are very much looking forward to joining you next year!

Further east in the Midwest, yet ANOTHER Koi event took place as the Kentucky Mud Pond was to be harvested, and I hear so many wonderful things about this harvest! I believe this is their fourth year, and we are equally grateful that Troy Head, along with Marc Skaggs, Chris Carter, Charles Phelps, Don Davis, Mike Pfeffer, Jeremy, and to all the Kentucky Mud Pond Hobbyists: thank you so much for believing in TOMiGAi!

The past weekend has been a very humbling and honoring experience.  We are so grateful to the hobbyists who have placed their faith and the fate of their Koi in our hands, and we feel blessed to be a part of their Koi experience.  Thank you so much to all the TOMiGAi Hobbyists for your unwavering faith and trust in our Product.  Thank you for not only being a TOMiGAi Hobbyist, but first and foremost; our friends.  We value your friendship above all and we look forward to our continuing Koi Journey together.