This show is quite special to us since this is where Devin and I first met five years ago.  Who knew that after that first meeting I would end up living in Minnesota just two years after that? lol. 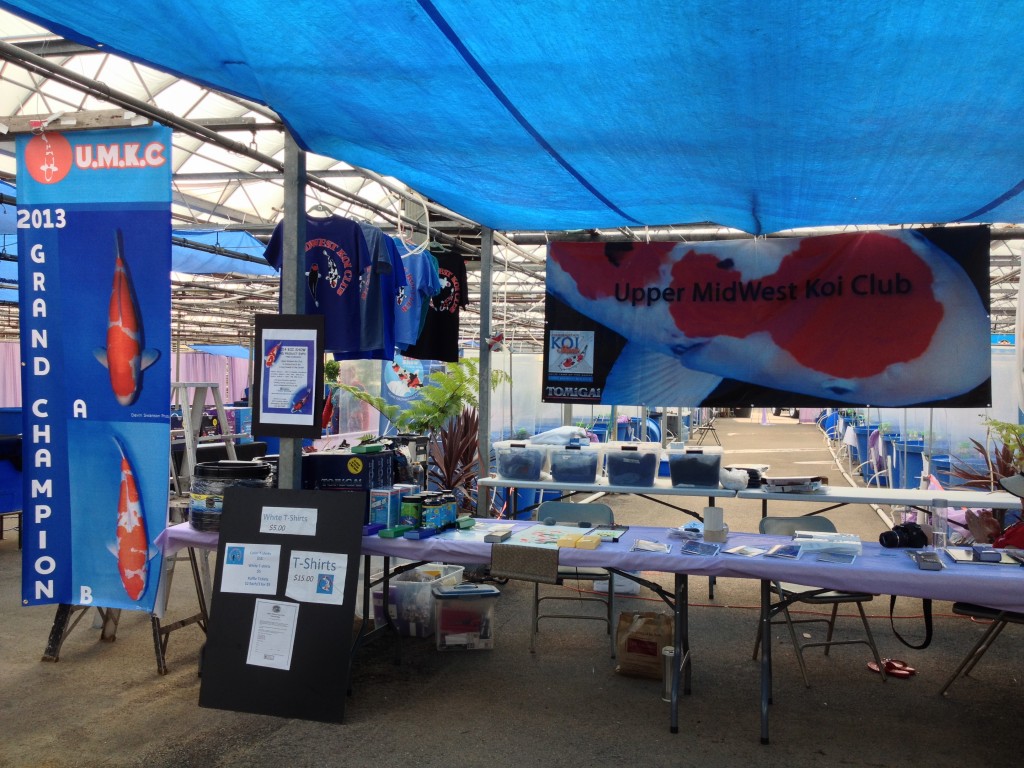 Excitement was high in the air this morning when Devin and I pulled into the show site, which has been held at Bachman’s on Lyndale for the past five years now.  Devin and I got to work right away setting up the booth, and here is our finished product:

Of course we weren’t the only TOMiGAi Dealers in the area.  We were joined by Uncle Ron and Mike Weynshenk from Southwest Koi and Goldfish, who brought along his niece Courtney to help them out. 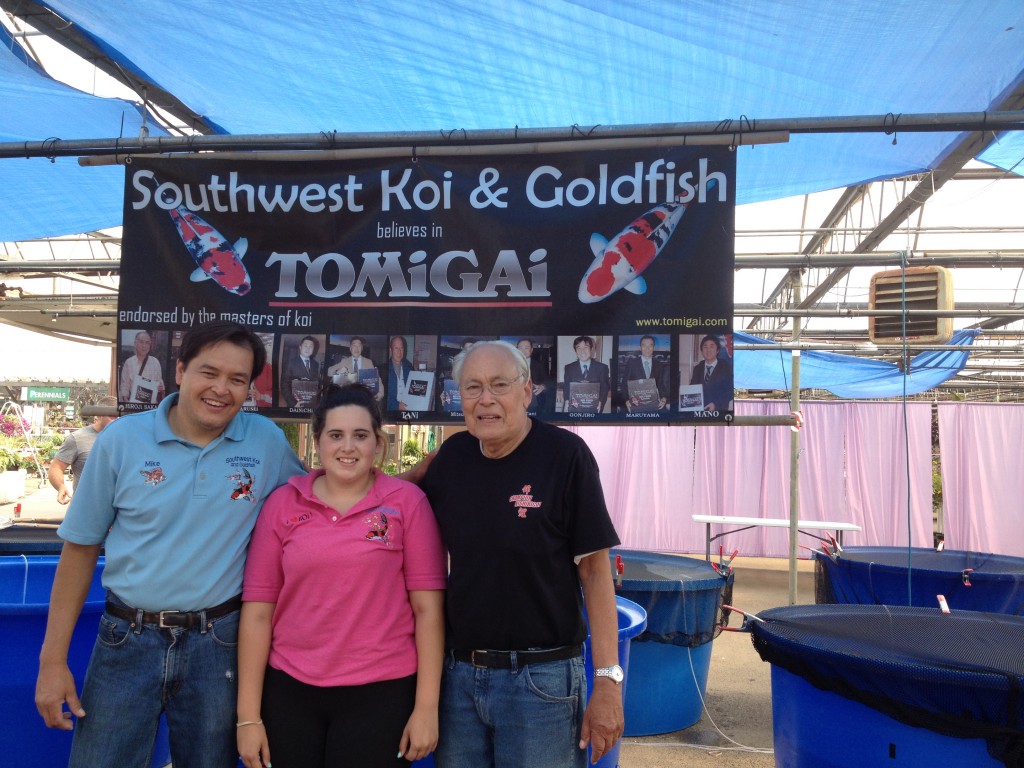 It’s always nice to see families working together in Koi. 🙂

And look at the awesome display of awards that is up for grabs tomorrow! 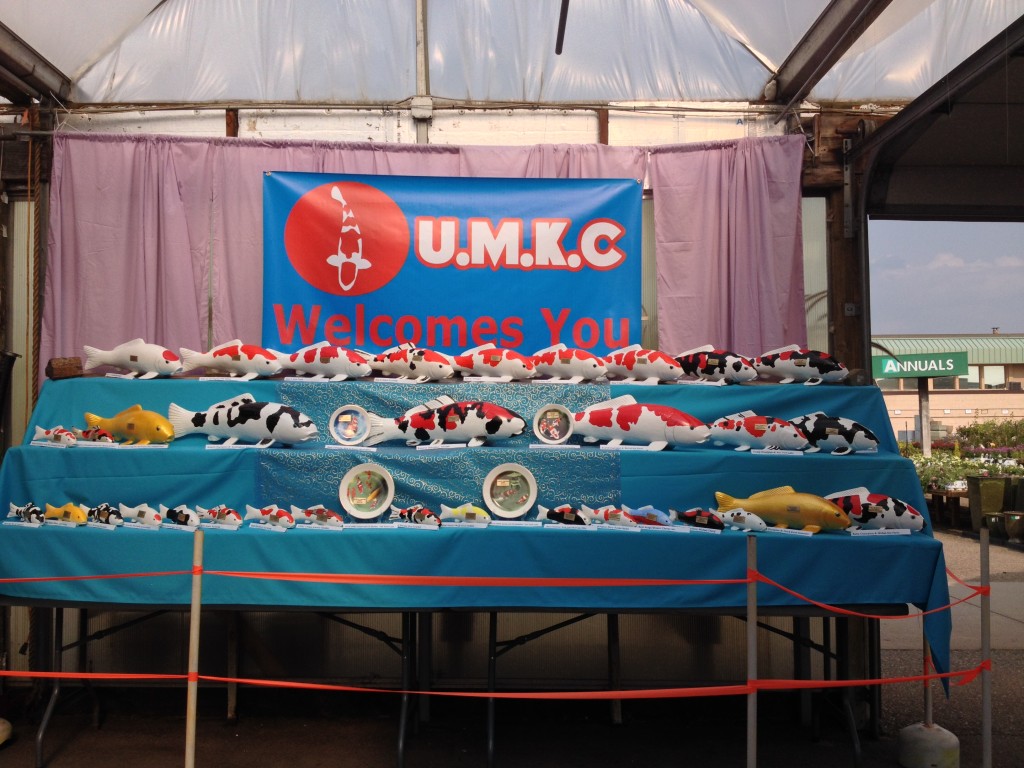 John and Barb Flowers from Colorado always helps this club with their benching database and this year was no exception. 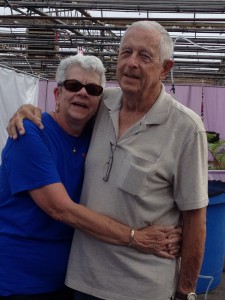 I didn’t have the chance to get as many pictures as I would like, but I did notice a lovely lady named Laurie who was going around making sure the event was well documented. She has put up the photos on Facebook to share with everyone (click here to go to the UMKS Facebook page) so I made sure to get the one photo I was sure she wouldn’t be able to: a photo of her! 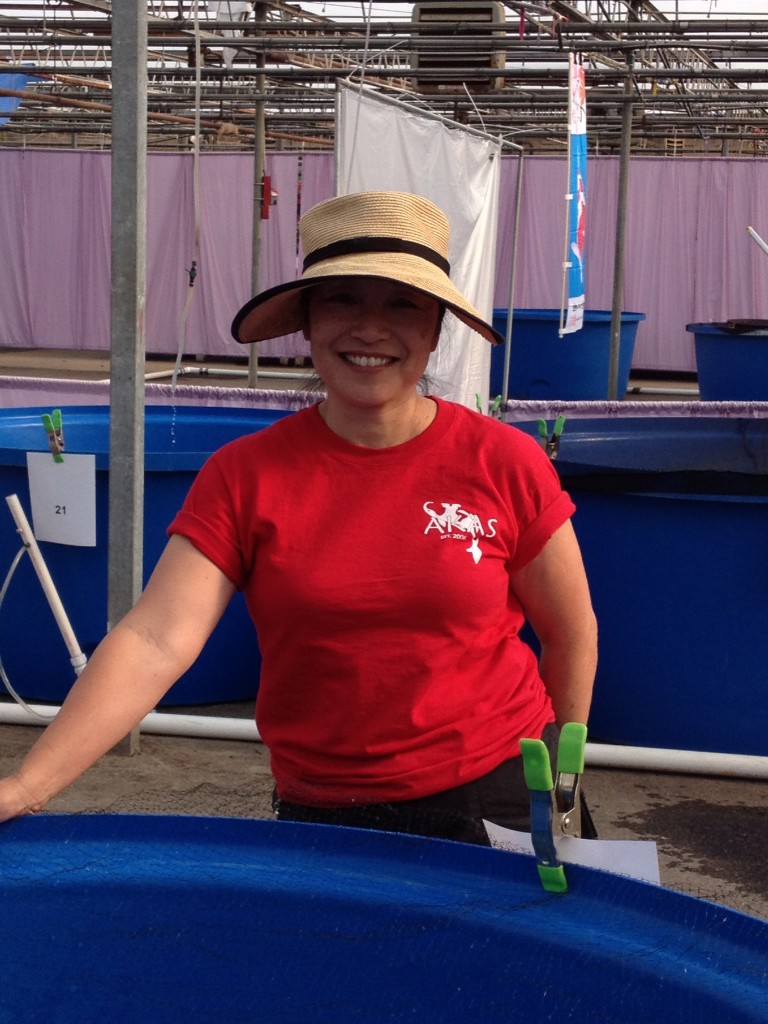 After the show site closed, Michael Chang so generously invited Devin and myself together with a few other people to have dinner at the Chinese restaurant run by his wife’s family.  We were treated to an amazing and truly authentic Chinese meal of honey roasted duck, chinese-style bokchoy, barbecued pork and barbecued ribs. We all had so much fun and I would like to thank Michael Chang for his such kind hospitality. 🙂

Tomorrow is a big day and I will be sure to post again the results of the show.  Until then….