Exciting and rather busy day today!

We were invited to be at the Isa Jumbo Koi Harvest and it’s always an exciting feeling to see big Koi come out of the mud.  The pond that we were harvesting that day had been draining for the past week or so and it finally came down to the level that we needed it to be in order to harvest the Koi from there.  Check out the view:

Isn’t that inspiring? 🙂  And if you follow me on facebook, you will also see that I’ve already posted the some of the most epic selfies in the history of Koi selfies!!  Check it out in the links below:

First attempt at the most epic selfie EVER

Successfully taking most epic selfie EVER!!!!

It is typical for the invited people at the harvest to be asked to assist in harvesting Koi.  Most of the help required is for people to carry the bags containing Koi up into the truck for one of the main heads of the farm to lift into the holding tanks to be transported back to the greenhouses.  Devin had been lent a pair of waders and as he was suiting up, he heard Hidemasa-san cry out from the pond, “Oi! Devin! (rough translation here since Hidemasa doesn’t speak English) Get your butt down here and bag up these koi!”

What an honor to be called out like that and entrusted to handle the most valuable Koi at Isa Koi Farm like that.  We are all so proud of you, Devin! I managed to whip up a quick video of what the harvest looked like, so I hope you enjoy!

After that, all the people who helped in the harvest gathered together to take a picture (naturally, we couldn’t all be in it since there had to be someone taking the photo!)  Special shout-out to Dominika Walus for the awesome photo and for so patiently waiting for me to get in the frame! 🙂 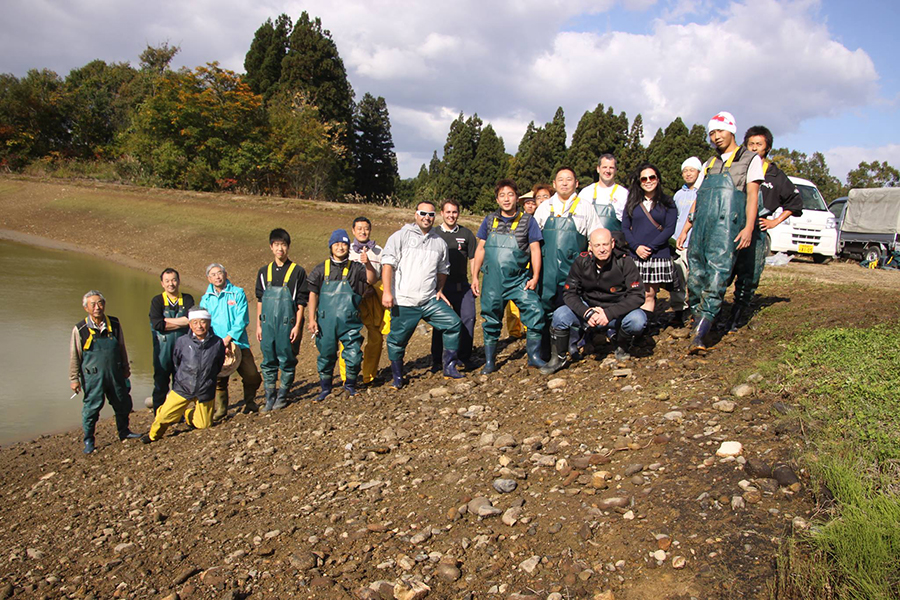 Isa-san prepared lunch (an awesome lunch if I may say so) for everybody and after that we headed out to visit the Nagaoka City Koi Show.

There were about 40+ tanks for Koi and numerous show bags off to the side for the smaller Koi.  This Koi show is a one day show wherein all the Koi are brought in in the morning, judged in the afternoon, then allowed to be viewed for a little while before packing them up and taking them home.  All this has to happen before the banquet or show party where awarding is to be held that night.  There were about 25 or so judges, both from Japan and overseas at this Koi show, including Shawn McHenry of Mystic Koi, Kevin Pham of Genki Koi and Ken Liu all from America.  (Forgive the strange appearance of people in the panorama photo below)

Congratulations to Nogami Koi Farm for winning Grand Champion at this Koi Show! 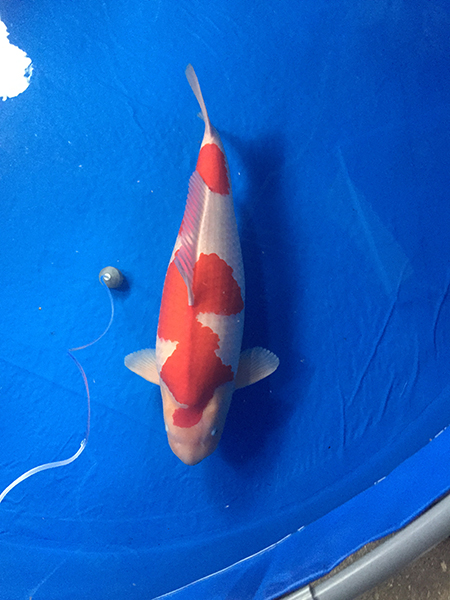 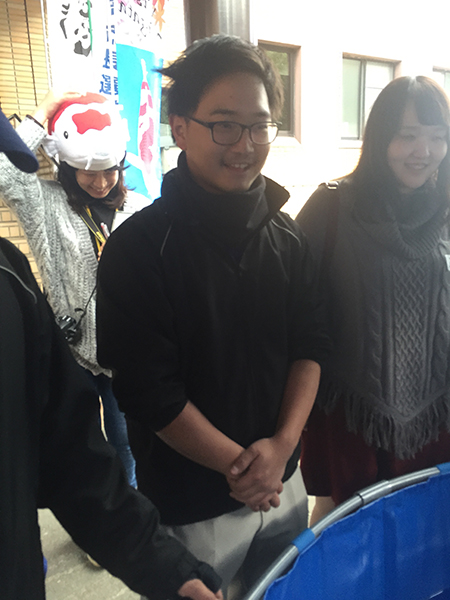 Check out the cute Koi hat in the background! 😉

We left the Koi Show and went to Oya Koi Farm, where Shawn made a new friend: 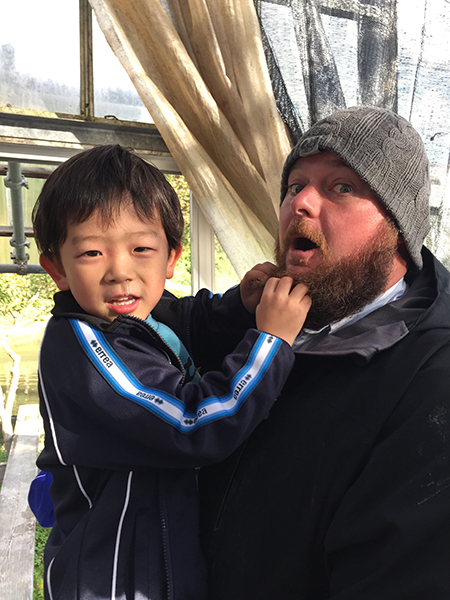 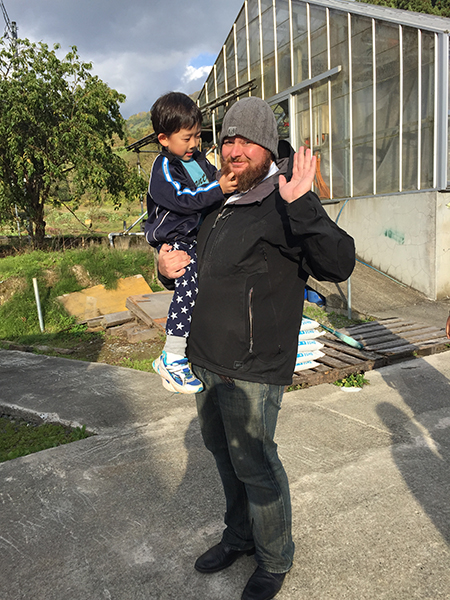 He was Taro’s nephew and he was playing outside with his older brother when we arrived and he just couldn’t get enough of Shawn’s beard! 🙂 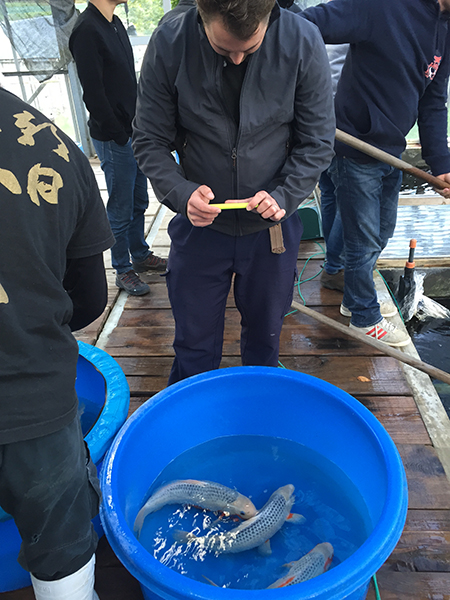 Devin and Shawn pick out Asagi for their respective shops then we said our goodbyes and head back to Nagaoka to attend the show party at our hotel that night.

While we were at the banquet, Chikara comes up to our table and talks to us for a little while.

“My dad is having me do the Grand Champion acceptance speech, so I’m really nervous!”

“Well, don’t forget to clean your glasses before going up there for the speech!” Devin says.  Chikara immediately takes it off and finding nothing he could use to clean his glasses, he pulls his shirt out to wipe it with before I could get him a napkin to use.

“Here you go, Chikara. Use this napkin to clean your glasses instead.  And don’t forget to tuck your shirt back in!”  I say to him.

“Oh, you guys are like my parents!”  Chikara said.

And here we are the happy family: 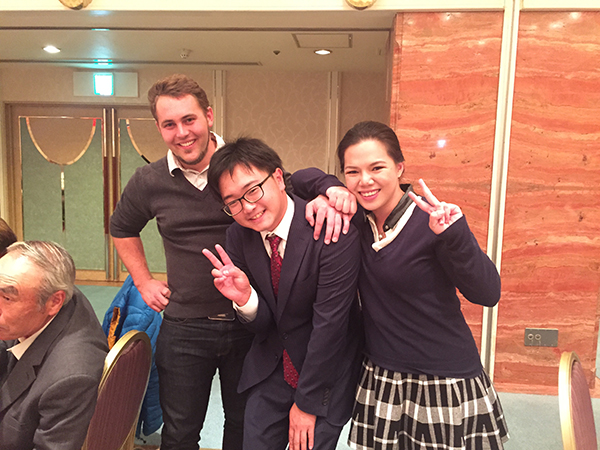 lol. And I was the proud mama taking pictures of Chikara while he was receiving all the awards onstage: 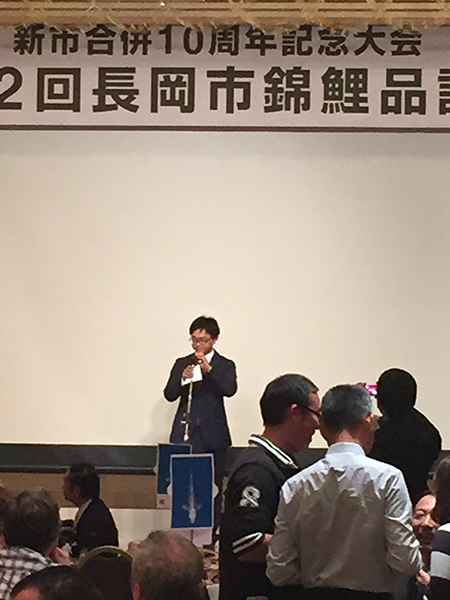 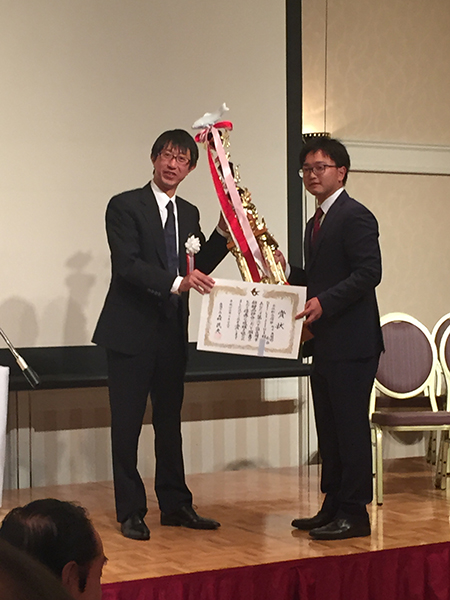 Oh, how quickly they grow! 😉