First and foremost, I would like to say to my baby sister, Gaita… HAPPY BIRTHDAY! 🙂 It was her birthday yesterday and she just turned 22! yay! 🙂

I always dread it when people ask me, “Where are you from?”  How do I even begin to answer that question? Most of the time I start with a deep breath and try to figure out an answer that best fits the situation, but more often than not, Minnesota is what I call home nowadays.

That being the case, it is always nice to attend the home-state Koi show, and this year is sure to be a great one. Today was the first day of the show and there was a lot of excitement in the air for the members of the Minnesota Koi Club.  The club is still quite young, this being their sixth show to date.  Despite the “growing pains” that comes with being a young club though, the Upper Midwest Koi Club (as they are formally known) has always made an impressive effort to mount a great show.   Since 2007, this show has been annually held at Bachman’s Garden Center in Minneapolis, which allows the club to speed up the setup time due to space familiarity.  They have a very effective flow through system that was constantly monitored by several of the club members, and with each new hobbyist coming into the show area, everyone was sure to jump up and help unload Koi.

This Koi show holds a special place in my heart for two main reasons. Back in 2009 when we first began operations on TOMiGAi in the United States, the Minnesota Koi Show was the first Koi show that I attended outside of California.  This was also the the place where I first met my now-husband Devin Swanson (awwwww….how cheezy….lol).  Check it out: 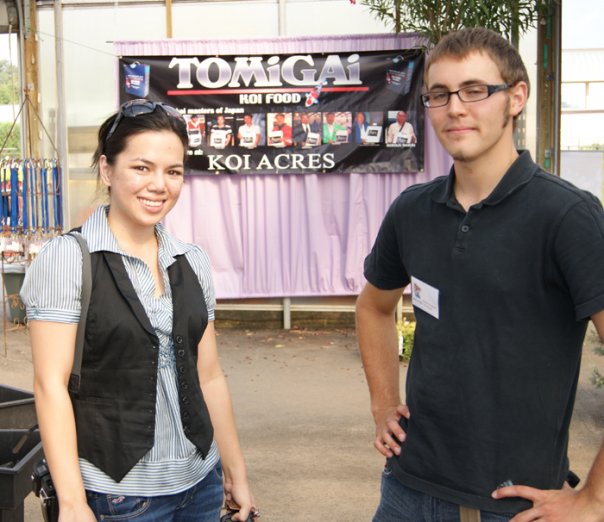 Aw… isn’t that cute??? lol…..Devin shouldn’t have proposed so soon, because back then he was actually standing next to me… 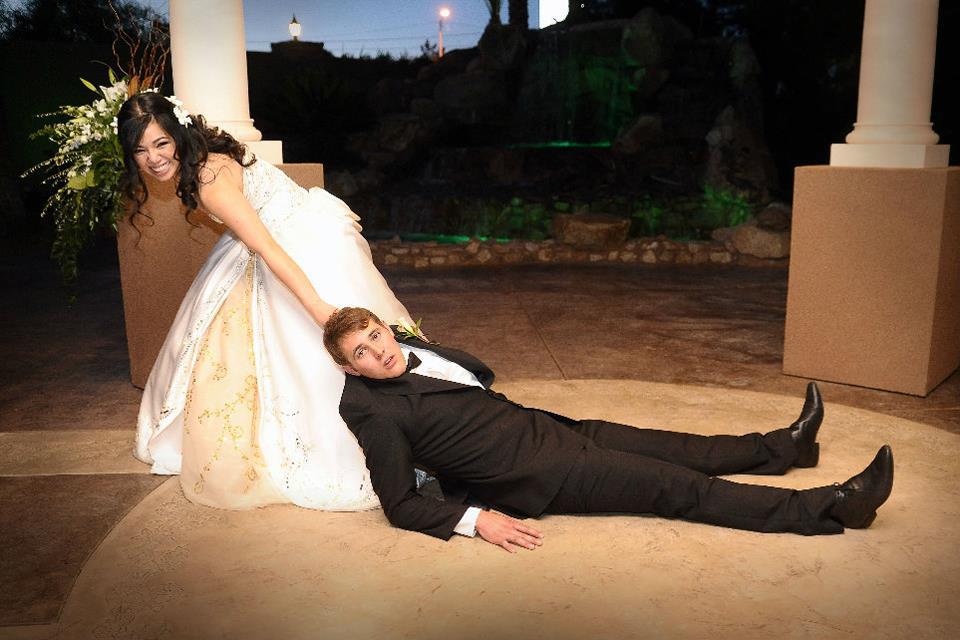 Devin and I got to a late start and didn’t get to the show site until nearly 1 pm.  Upon arrival, Sue Emerick together with my mother-in-law Janel was sitting just outside the venue enjoying the breeze.  It was so nice to see Sue again since I only ever get to see her at the Koi show and occasionally at the Koi Acres events.  Immediately following that, the Flowers (Barb and John) from Colorado greeted us at the door.  They had come in to run the show database as they normally do for this show.  We also ran into the ever-enthusiastic Michael Chang, President of the UMKC Cheng Lee, the lovely Michelle Reilly and the warm smile of Jim Gallagher.

While Devin assisted the club in benching the fish, I got to hang out and have “Coffee and Koi (talk)” with Sai Her.  Goodness knows how long we were sitting out there and just chatting about Koi, but doesn’t time always fly when you do that?  Thanks so much, Sai, for the wonderful Koi Konversations! 🙂

Mike and Ron Weynschenk from Southwest Koi and Goldfish was also at the show this year and we got to chatting a little bit, but since they had a long drive over from Chicago last night (they had left at midnight!), they were a little tired and anxious to get some food.

Judging this years show is Bryan Bateman and together with  his lovely wife, Bay, they make my all-time favorite couple. (Love you guys!)  Gary Elmore will also be judging this show as a candidate judge.

I was expecting to see more people from Chicago, but I found out from Bay that this weekend also happened to be the club field trip over to Kloubec Koi Farm.  Despite this, however, Chicago was still well-represented by Dave DeWalls who had brought in some very large fish to show this year.

The trophies this year are quite neat: large replicas of fish and I believe they will be painting the actual Grand Champion Koi for the trophy; All-Japan Koi Show style.  How cool is that?

After the work at the show site was completed, Michael Chang invited everyone to dinner at the 98 lb. Buffet.  We found out why it was named as such: you gain 98 lbs. when you eat there.  The food was so amazing, and I couldn’t help but eat way too much!  It was so nice to sit down to dinner with everyone involved at the show: all the vendors, exhibitors and club members were present and we all had such a good time.  Thank you so much to Michael Cheng and the Minnesota Koi Club for an amazing dinner!!!!

I do have photos to post, but it is getting a little late, so I hope people won’t mind too much if I post it tomorrow…. Of course, there will also be a video following the event, so stay tuned!