Today is the last night that we are staying in Japan. It has been an overwhelming couple of days since my last blog and I wanted to spend as much time with everyone here at Marudo Koi Farm before we leave.

Our “After-Wedding Wedding Party” was so much fun! The whole Hirasawa family (Sacho, Okasan, Keiko-oneechan, Shoko-chan and Shinji-ojichan) and Marudo staff (Tomo-san, Daiki-san and Shohei-kun)  went out with us to a Yakiniku Restaurant where we ate and drank till meat was coming out of our ears.  I cannot say how much I love Japanese Food (especially Japanese Food from Japan! ;-P).  Everyone was in a fantastic mood, joking around and laughing during the whole dinner.  After the last order had been called and everyone’s stomachs had had enough, it was time to move the party to another bar.  No Japanese party is complete without Karaoke, and that is exactly where we all headed to not only sing but dance as well!  When the clock struck one, the crowd thinned to just me, Devin, Tomo and Shohei (both staff at Marudo) and we decided to visit “Devin’s Homeground” where Devin was a regular customer during his stay here in Japan and on some occasions would play bartender when he was a good boy. 😉  We intended to have ramen to cap the night off, but everyone was too exhausted to even try to go across the street for ramen (and Devin was falling asleep in his seat). 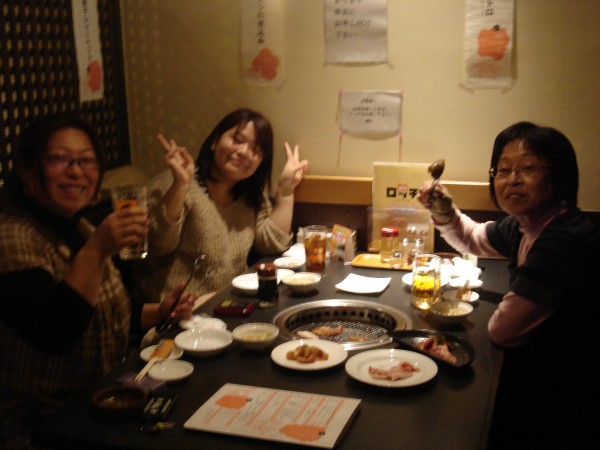 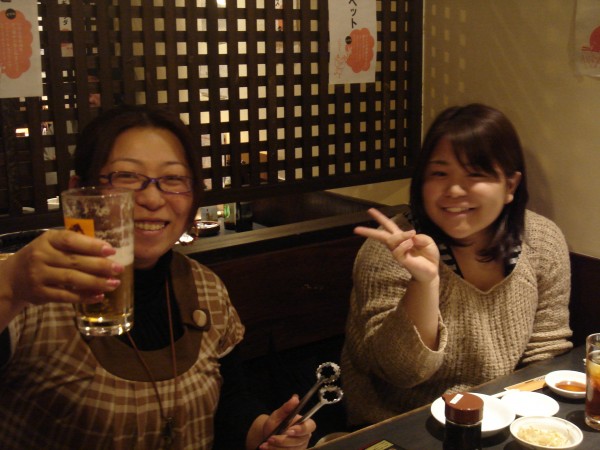 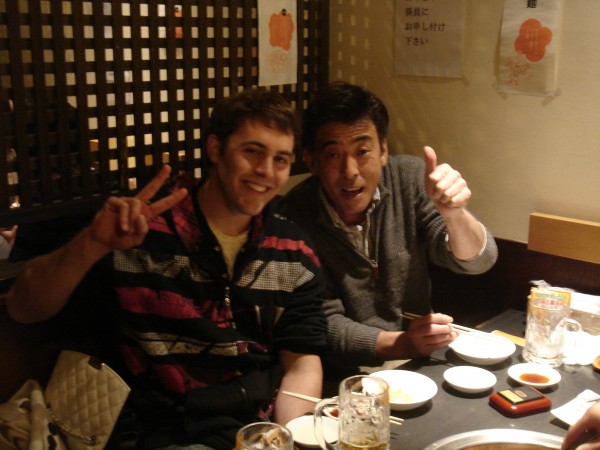 Yesterday I was slated to receive special Koi lessons from Sacho himself about the finer points in Koi, but the day all of a sudden became incredibly busy that we had to reschedule for the next day (today).  Devin and I had some last minute purchases to make before we headed back home to America (alright, alright, it was really just me who had some purchases to make) and because we were going a little further than usual, we decided to have dinner at a restaurant near the shopping center.  OKONOMIYAKI!!!!!!!  Devin made a mean Okonomiyaki and Gyoza for me.  Kinda nice to have an Iron Chef as your guide. 😉 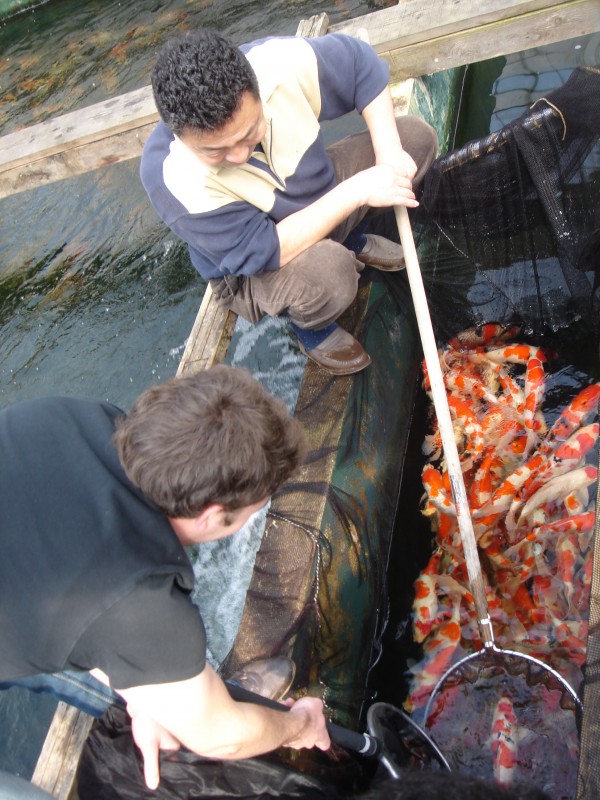 In any case, it worked out better that I ended up receiving the lesson the next day as it also happened to be the day that I got to select Jumbo Tosai for Manila. Sacho, Tani-san and I had selected nine Jumbo Tosai and had placed all nine in a large bowl.  While peering over the selected Koi Tani-san turned to me and said, “Which one do you not like? We are selecting 5 Koi today.” With both Sacho and Tani-san by my side and Devin about 5 feet away from me, I took 4 fish out one at a time until we had 5 fish left in the bowl. It is very rare that you get the luxury of time when selecting Koi in Japan, and I had a total of about 10 minutes to assess, visualize and select the Koi that I wanted to keep and the ones that I could do without.  It wasn’t easy, but at the end of the exercise I received the Japanese way of saying “Good Job.”  A silent, approving nod and a smile on their faces. 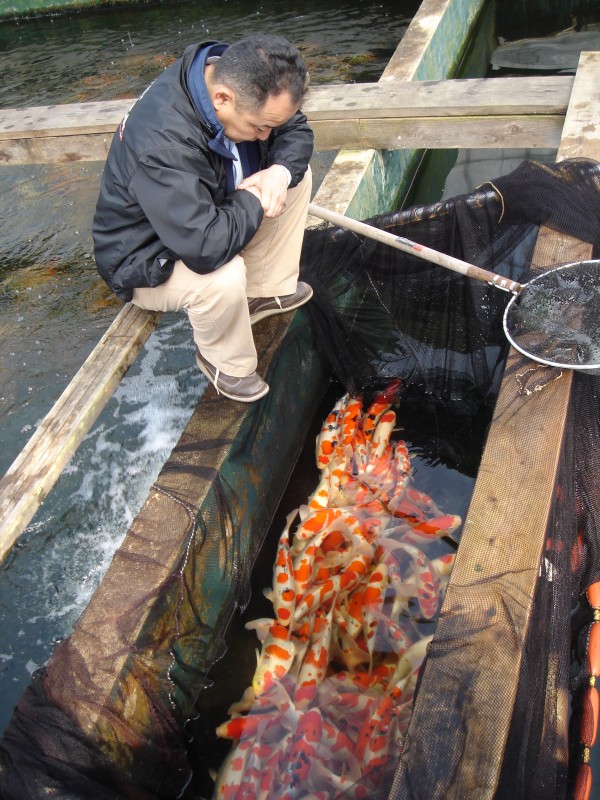 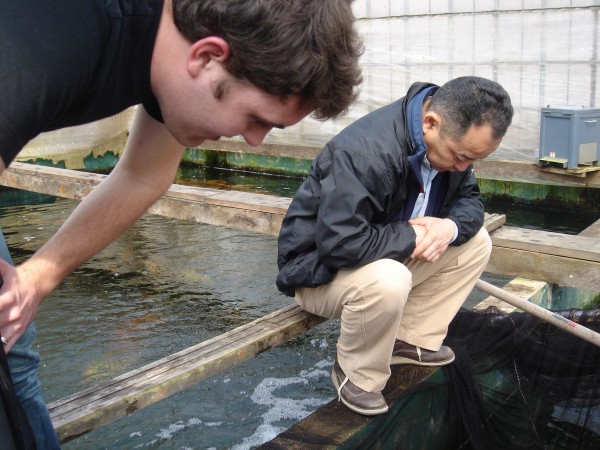 Searching for the perfect Koi 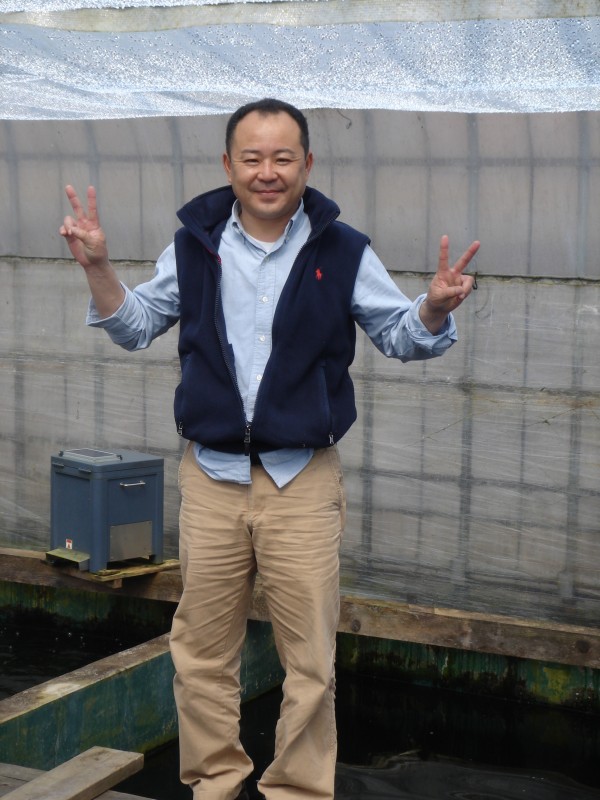 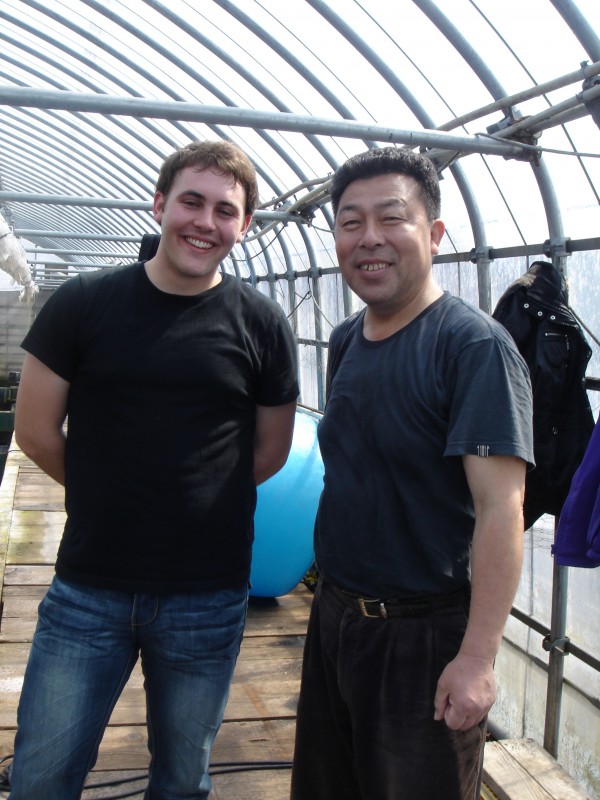 All Smiles! Koi Selection must be over! 😉 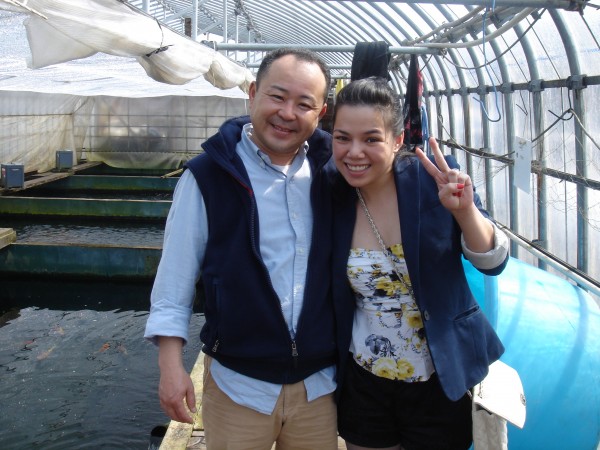 Sacho had to entertain more guests that afternoon while Devin and I had to take care of our travel arrangements at the Niigata City Train Station for our departure the next day, so Sacho and I agreed that we would talk more in detail about the Koi selected over the dinner table when we all returned home.  There was not much time for photography due to the number of guests, but I was able to get a couple of group shots of the Koi from Kasumi–san’s camera. 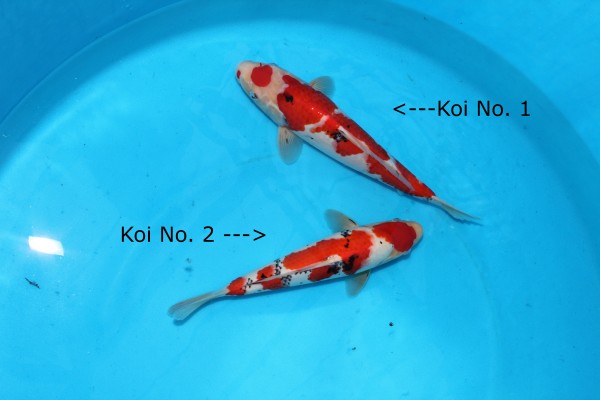 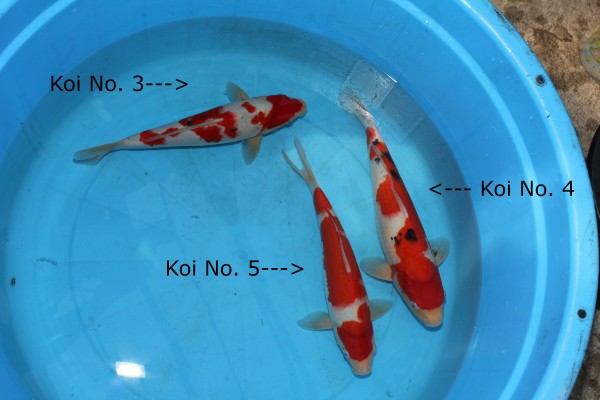 Special “Glamour Shots” Will be taken of the fish and posted in the near future, but Sacho decided that since they were not slated to be shipped immediately, it was better to keep the fish in the best possible condition with the least amount of stress at the meantime and take the photos as they are prepped for shipping to minimize hazards. All this Koi will be shipped to Manila and this is just a sneak peek into what we can all expect in a few months!

Tonight we discussed in great detail the merits of not only each individual fish, but also about Koi in general.  Because the discussion was over the dinner table, it was not only Sacho who shared his knowledge, but also Okasan, Keiko, Toshi, Kasumi, and of course Devin.  As I sit here digesting all the information gained tonight, I realize that what I learned is basically a summation of what I have discovered on this trip to Japan.

Kindly indulge me for a short while and forgive the poor photos as I would like to share the same experience that I received today.  We picked fish in the morning and it was about 8 hours later when we were able to discuss the merits of each Koi, so I would like to share the same experience with my readers.  Tomorrow morning, I will post in detail all I have learned, but I will give an insight to what Sacho said tonight just after dinner, bearing in mind that all these Koi are Jumbo Tosai.

Sacho said that when you are selecting Tosai, pattern becomes one of the strongest factor in deciding which Koi you want to get only because there is very limited you can see from both the body and the skin of a young Koi that would indicate future potential.  Regardless, one should always bear in mind that the Koi’s body and conformation weighs heavily on quality of Koi in the future, so it is important to always first look for possible signs of deformities and/or indications that the Koi has poor skin quality or lacks a luster to the skin that should be present in it as a tosai.

Selecting Nisai is slightly different as the fish is a little more mature and there are more tell-tale signs of the potential of the Koi through bone structure.  Skin Quality is also apparent at this stage, so these two are heavier deciding factors over Koi pattern.  Pattern still cannot be discounted because it affects the overall appearance and presentation of the Koi.

All these being said, the standard of Koi is not like a typical “point system” wherein despite one fish having extremely low scores in one aspect, the strong point of another aspect makes up for its weaknesses in points.  Selecting Koi is looking at the overall features of the Koi as a whole.  Koi is the marriage of all the things that is supposed to make it beautiful and a great Koi must have all aspects for it to be considered the best.

Tomorrow I will most definitely share our discussion with everyone, but for now I feel I have to digest and arrange everything in a manner that will best be understood by all.  If there is one thing I learned about Koi on this trip, it would be that there are just some things in Koi that cannot be explained-it must be experienced.

Every time anyone I know-whether it be my father, by brother, or Devin- comes to Japan, they say that there is always something new to be learned.   This trip is very special for me because this is the first time I have actually been under the pressure of selecting Koi without my father by my side.  I am very grateful for the gentle guidance and trust of Kenji Tani and Hisashi Hirasawa on my road to this discovery.

I’m sure everyone is looking forward to my post tomorrow, but for now I suppose I’ll have to be a little hidoi and leave everyone hanging! 😉 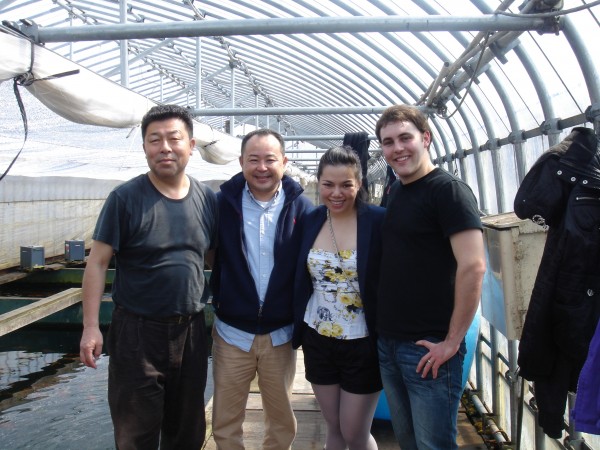 Keeping it All in the Family.