Yesterday was pretty much spent on the Shinkansen from Hiroshima to Niigata.  Trains are such a big part of Japanese life, and they make it so convenient and efficient that despite the incredible densities of cities, Japan traffic remains to be quite manageable and smooth. 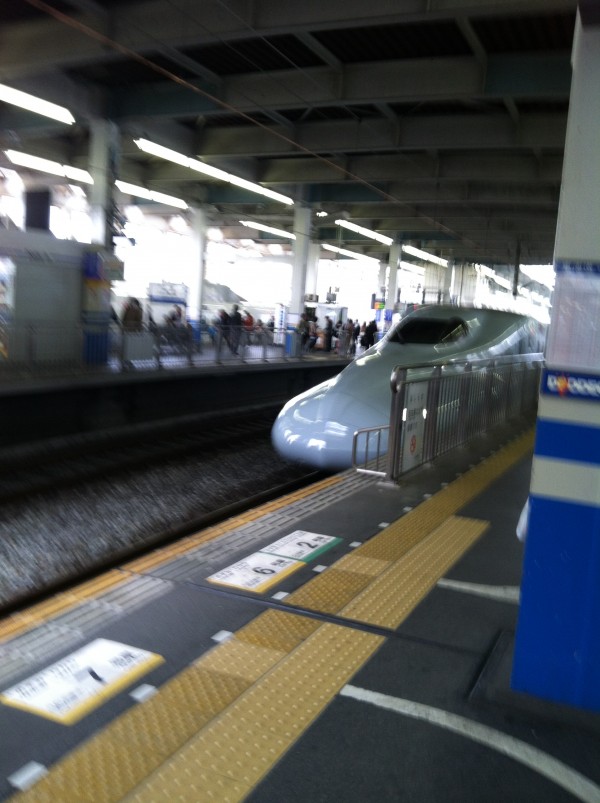 Faster than a speeding bullet!

This trip was the first time I was able to ride on the Shinkansen despite having gone to Japan several times over the past 14 years.  It was always just more convenient and economical to either drive to Niigata or take a plane to Hiroshima.

They say that the trains in Japan are never late, and if they are, then that means your watch is late….except of course if there is an earthquake.  We usually only took the regular trains around perhaps Tokyo or to get to our hotel in Narita from the Narita airport, so I knew first hand how exact to the minute the trains were.  While we were in Tokyo on the way to catch a train to Hiroshima on our second day in Japan, utter and complete chaos greeted us at the Tokyo Station. Trains were running about 2 hours late (including ours) due to an earthquake somewhere in Japan that caused trains to be delayed.  We eventually did get on a train, and I have to say that train ride was so smooth with only the slightest rocking that did a good job at lulling me to sleep. 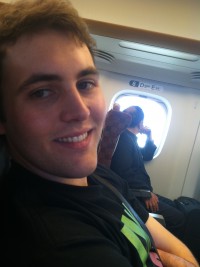 The roads in Japan are arguably the best in the world as well.  Sakai Fish Farm is quite a drive from the Hiroshima train station, so after we got our rental car, we began our drive up to the Hiroshima Airport hotel where we were staying at the time.  I get pretty bad motion sickness, but not once do I get it in Japan.  Truly amazing.

On the train back to Tokyo and then up to Niigata, I got a very exciting treat on the train: I got to see Mount Fuji!!! I is soooooo big, and even more beautiful than in photos!  I wish I could capture its true majesty, but unfortunately, my Iphone Camera could not do it any justice. (Maybe I should get the 4S… Might have made a difference) 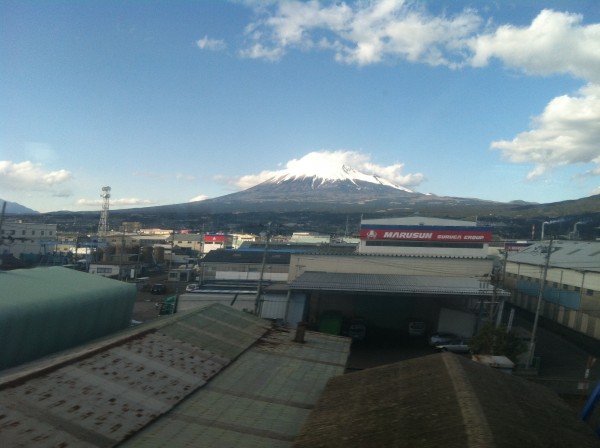 This morning, we woke up the the view of the snow covered mountainside, and it really just amazes me how beautiful this mountainous country is.  I can’t soak it up enough…. 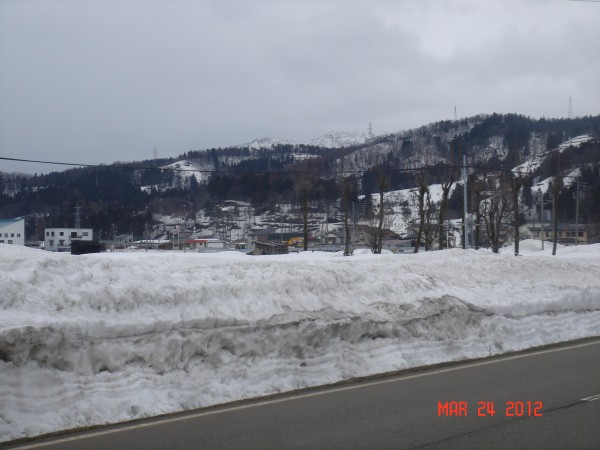 I spoke with my father this morning and he told me that they had just finished harvesting the mud ponds at Barstow Koi Farm that house the grow out Koi for Mystic Koi.  He said the harvest was very good and the Koi had grown quite a bit.  I am very excited to see the fish for myself in a few weeks!  I believe Devin will also me joining us at Mystic Koi’s Grow Out contest as a judge. We hope to see everyone there!

In other news, it seems that Mr. Mark Gardner has fallen in love with the Philippines (and Filipinos) as he is once again coming to Manila to give a talk about Koi and his experiences in Japan.  He will be at Kois & Ponds in Quezon City, Manila on the 31st of March for a seminar.  Thank you very much, Mark, for your unending devotion and support to the Koi industry.  🙂 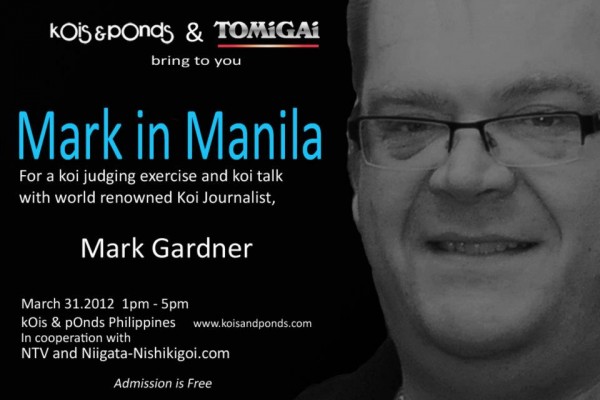 Today Devin and I will be heading up to the mountains to check up on a couple of farms. He is at the moment staring over my shoulder trying to get me off the computer already so we can head out…. Wakatta, Wakatta! Ikimashou!

Will let you all know how everything goes tonight (or tomorrow, depending on how early or late we get in! ;-p)