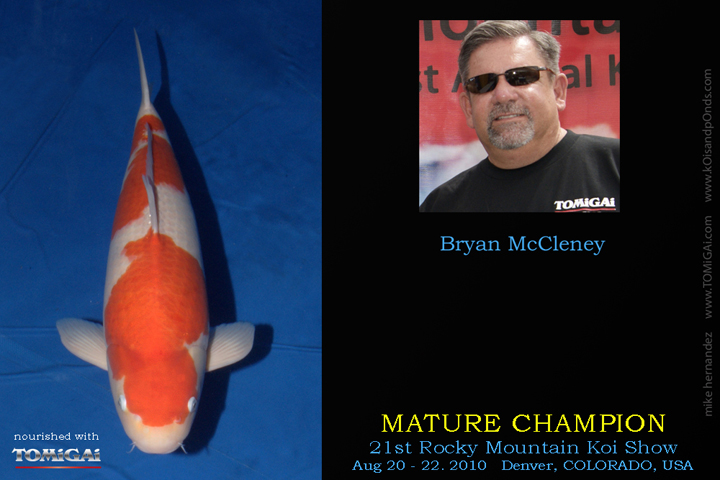 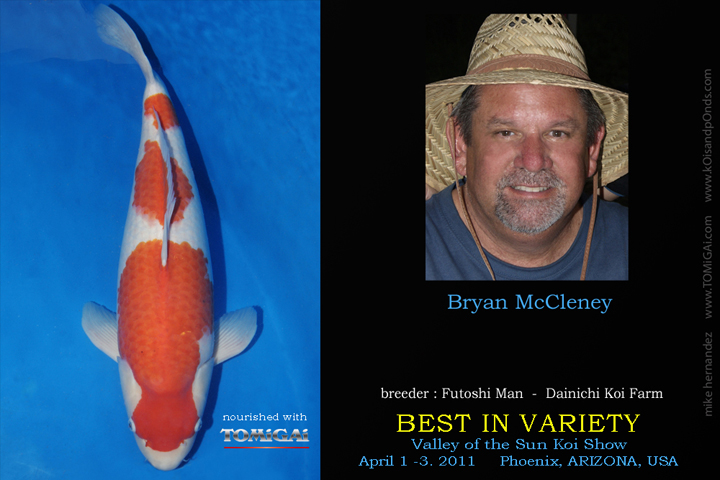 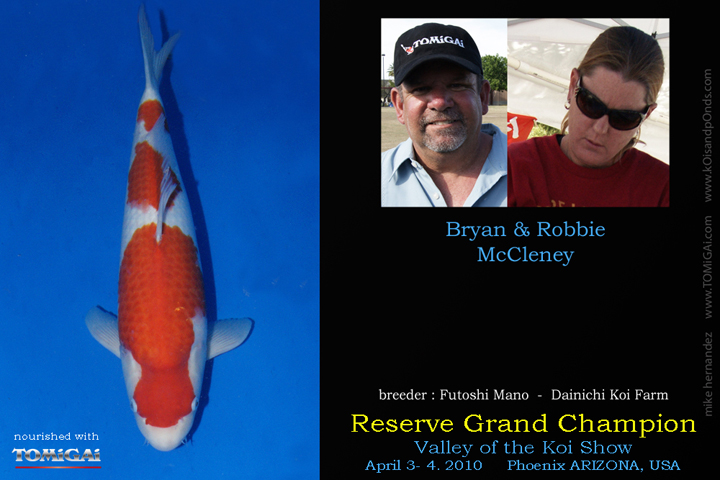 On his Dainichi Kohaku that won Reserve Grand Champion in Arizona:

I have a two and a half year old Kohaku that won Reserve Grand Champion with it.  I [has] just a beautiful Hi, beautiful Shiro.

When I bought it, it was 13 inches and for the last 8 or 9 months I’ve been using TOMiGAi Wheat Germ on it.  And it just is on size 5 right now.  So it went from a Size 1 to a Size 5 from November to about a year [or] a year and a half later.  So it’s just an absolutely awesome fish.

So it was last year I had two Grand Champions and this year Reserve Grand Champion, all withing the last 8 months.  So I’m pretty excited about using the food.  It’s really helped in the quality of the skin of my fish and the size has just been tremendous. 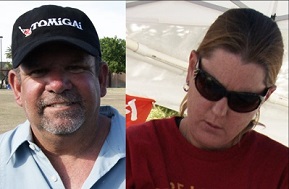 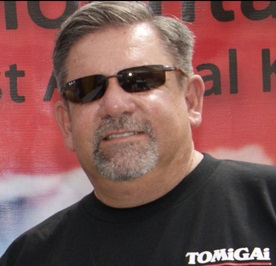 On his Dainichi Kohaku that won Mature Champion in Colorado:

It’s a Dainichi Kohaku, three-step, that I purchased [at] about 10 or 12 inches just three years ago, or just two and a half years ago when it was a tosai.  And it’s turning out beautiful right now.  But I’ve gotta give my thanks to the food I’m serving right now.

For the last twelve months I’ve been serving TOMiGAi Koi Food, and colors have exploded up; the Shiro just shines right off it and the conformation is just phenomenal.  I used to come to shows, and I’ve been going to shows for ten years, I’d get the lower class awards and I never, ever thought I would be in the top tier of awards.

But [in the] last twelve months I’ve been  able to win a couple [of] Grand Champions, couple [of] Mature Champions and some Young Champions, & the only thing I’ve done different is change my food.

I used to say to folks [that] it didn’t matter what foods [you feed], and that’s not true.  I’ve learned a lot the last twelve months, and I wouldn’t serve anything, [for] my Koi, anything but TOMiGAi right now.