Side Note:  It’s been really busy since we arrived in Niigata, so my apologies for not having been able to update sooner.  I have a couple of days before we leave to try to update as much as I could, but I promise that I will share all my experiences here! 🙂

Devin and I took the morning off to catch up on sleep since it’s been such a whirlwind since we arrived in Japan.  I updated my blog in the morning, then after Devin figured out our train route, we readied ourselves to head out.

This was my first time to visit the Wakagoi Show, since the spring buying season in Japan usually happens before Wakagoi, so I was excited to see what the show would be like.  It’s one of the three main events of the Shinkokai Japan, so it was bound to be very interesting.

The Wakagoi, or Young Koi Show, is for the most part a travelling show that moves about every two years.  Both last year and this year, it has been held in Aichi and it has been speculated that the show will move back to Niigata next year (Don’t quote me!). 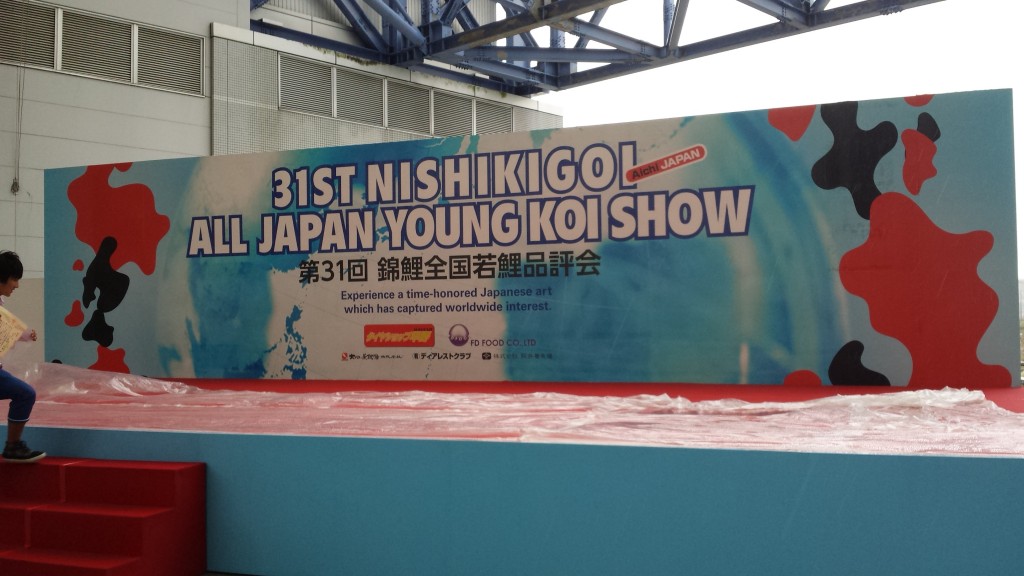 Don’t let the name fool you – just because it is a young Koi Show, doesn’t mean that it’s by any means small. 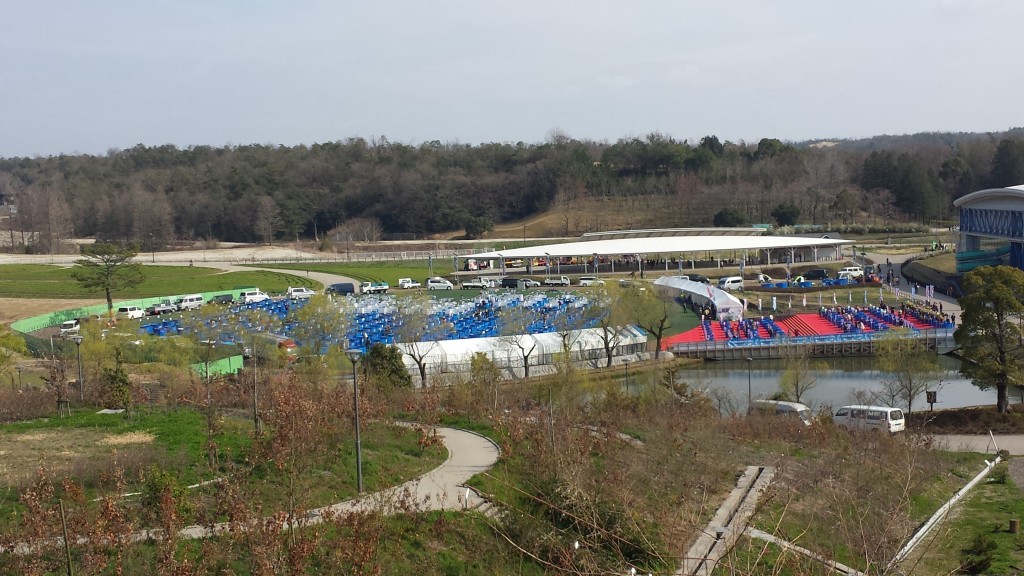 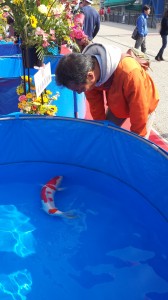 That’s a lot of tanks.  All the tanks that are within the “red carpet” area contain winning Koi.  Even having seen this photo before, I still could not have expected how big the show really was, and pretty much all of the Koi people in Japan were there.  First person we ran into was our good friend Futoshi Maruyama, who was looking at the Grand Champion Koi that was bred by Sakai Fish Farm in Hiroshima Japan.

Steve Gibbins was hard at work documenting the winning Koi at the show when we decided to bother him and keep him from getting on with his work.  Apparently, the Wakagoi Show this year was scheduled a little differently than normal.  Typically, judging was held on Saturday morning, but this year they judged all the Koi on Friday, which is why everyone was scrambling to get to Aichi on Thursday.  This allowed for everyone to enjoy the Koi for the whole of Saturday and half of Sunday rather than closing the show off for judging on Saturday morning.  With as many tanks as this, I think that was a great idea! 🙂

As you all know by now, Koi photography is something that I struggle with and having a friend like Steve who not only takes amazing Koi photos, but also is so willing to share them with me is something that I really appreciate.  I have yet to get the complete list of winners, so I’m not entirely sure at the moment what awards most of the fish won, so I’ll leave that for a later post.  For now, there were a few fish that really caught our eye. 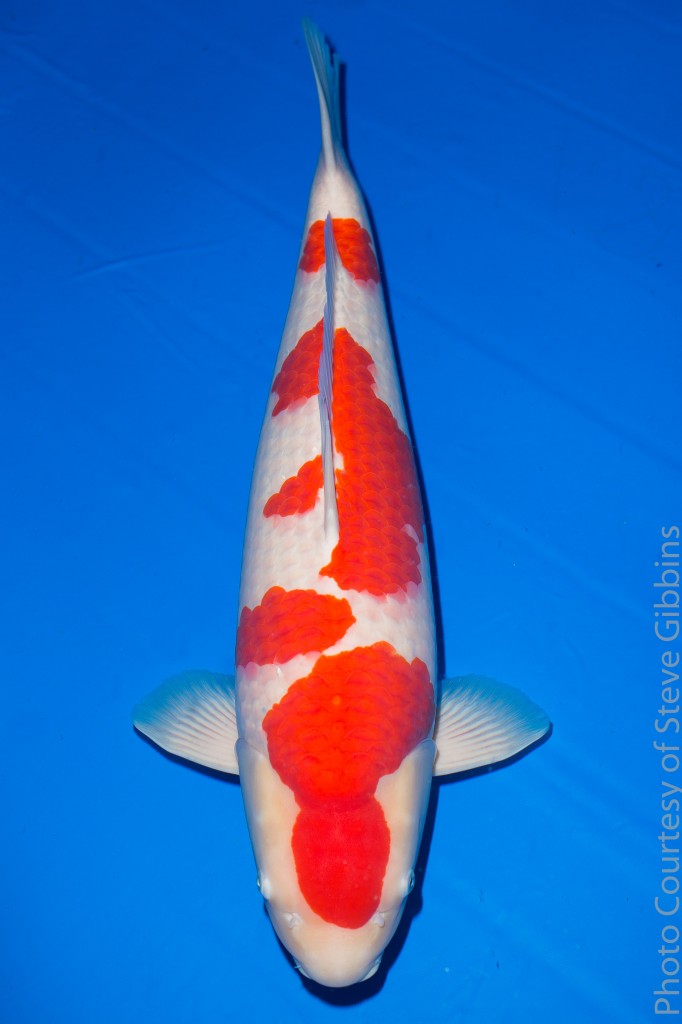 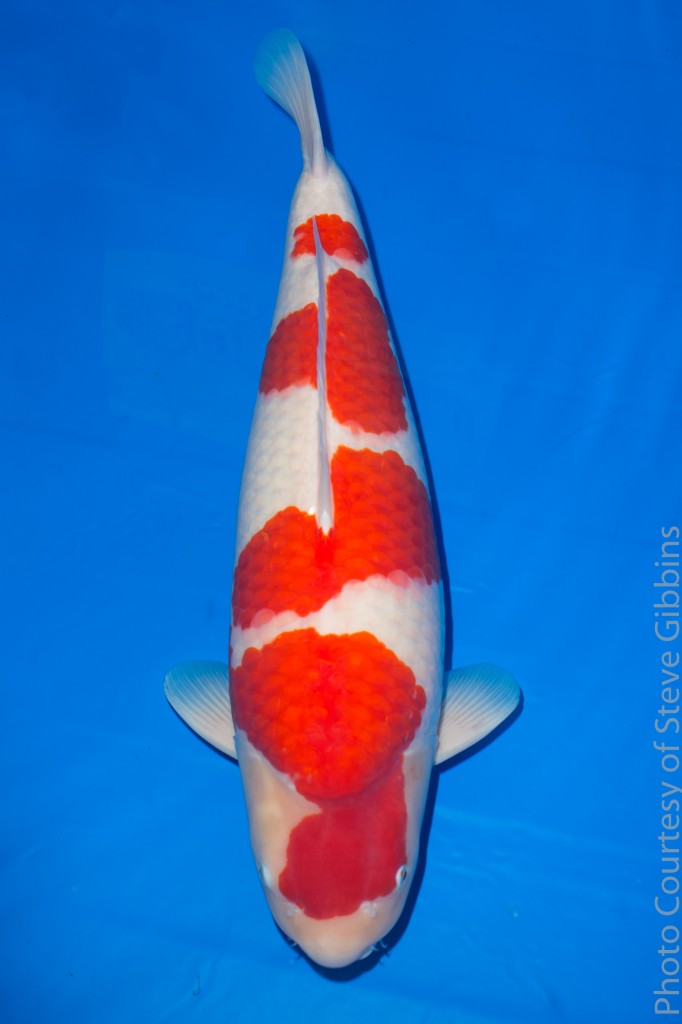 And more winners in the front ring (Will update later on what their awards were ) that Devin and I really liked: 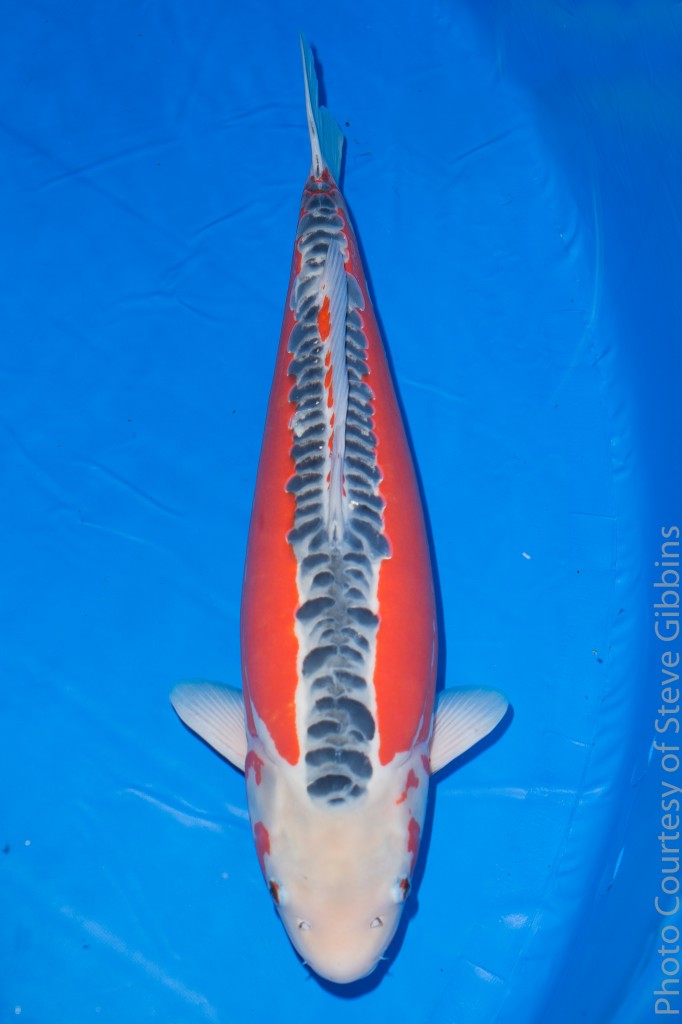 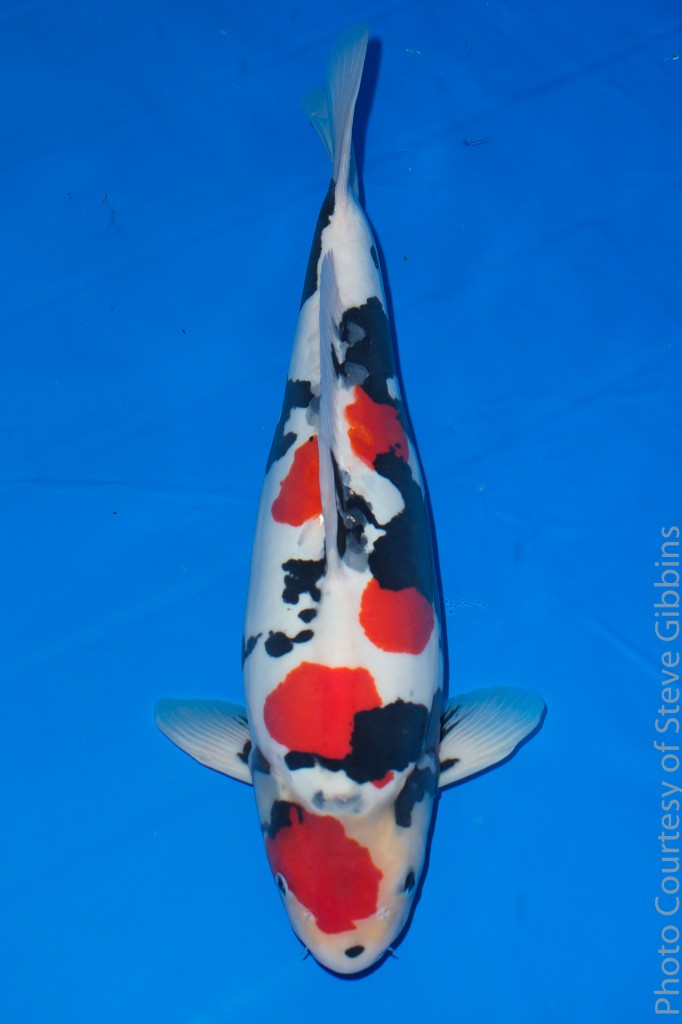 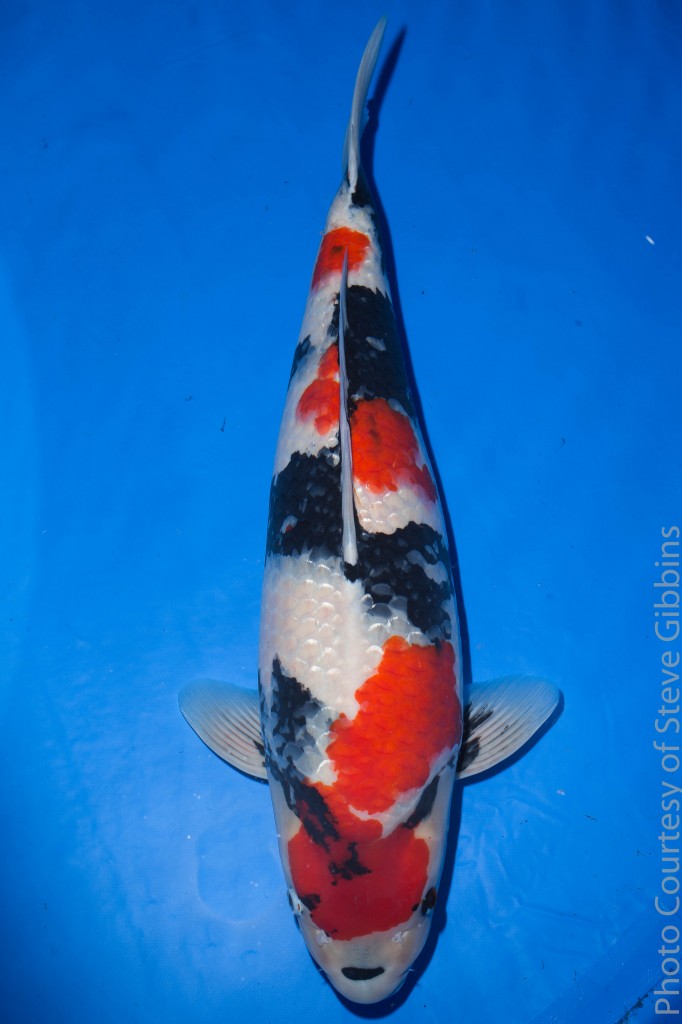 All these Koi had amazing bodies and the skin was just pristine.  I particularly liked the Adult Champion, which is probably why that’s the only other award I remembered apart from the Grand Champion!

I ran into Kenji Tani, and gave him a big hug. He’s been my dad’s friend and guide for the past 21 years and when people ask, Kenji introduces me as his musume (daughter).

We hang around for a little longer to look at fish and catch up with friends before heading back to Nagoya for dinner together with Steve.

Last year I wrote an article for Koi USA about the All-Japan Koi Show and my culinary experiences with Steve and Mark being so American.  Fearing the same result, I expressly told Steve: ” I want Japanese Food. ”

To which he replied “Sure, sure.  Let’s just check out this one bar first because it’s really cool.  If you wanna go somewhere else, though, it’s fine.”

“Is it Japanese food?”

“I’ve never had American Food there. I’ve really only had salad, and they have pretty good portions of those.”

I should have gotten the hint there. This is why Steve and Devin wanted to go there: 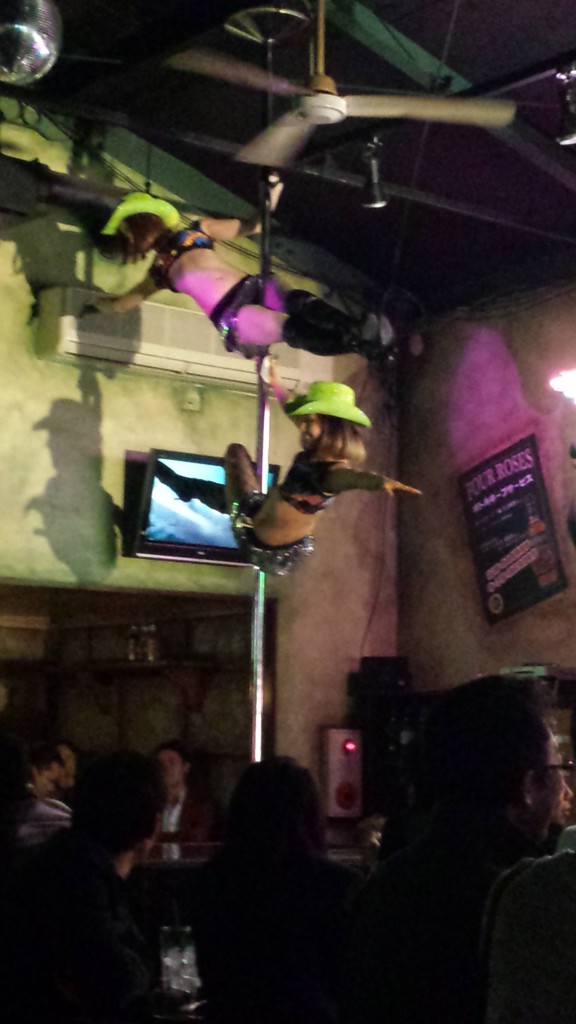 No, it wasn’t a strip club.  It was actually kind of a Western-themed bar where every night for ten minutes at 9 pm and 10 pm the bar suddenly becomes packed with people wanting to watch the pole dancing show.  That night I enjoyed the show over a very lovely “Japanese” dinner of nachos and buffalo wings.

Honestly though, it was really kinda cool and very a foreigner-friendly place as most of the servers and bar tenders could speak pretty good English.

The next bar we went to was a darts bar, which is quite a popular past time in japan.  The level of skill that the other players had was a little intimidating, so we decided to content ourselves with this: 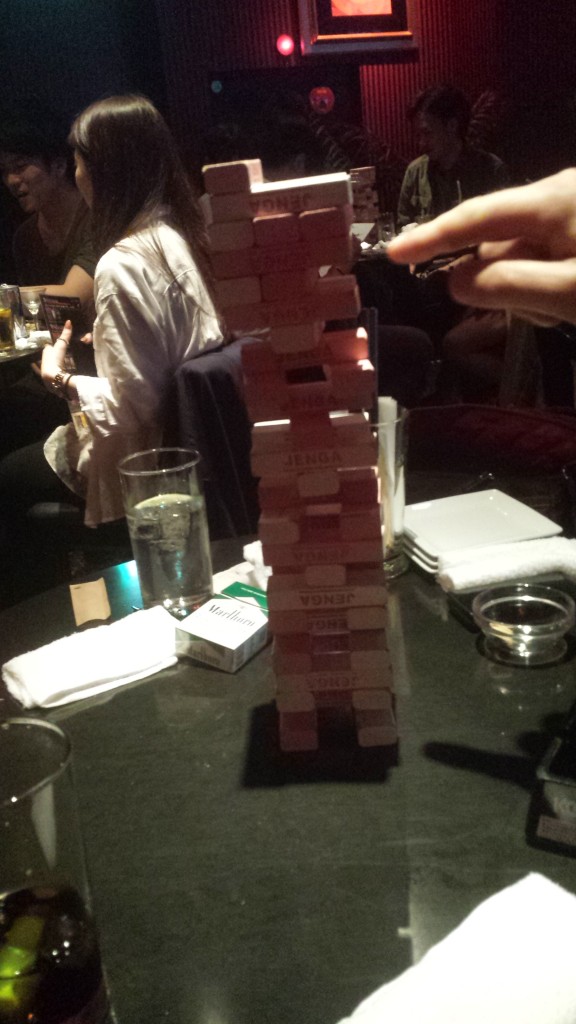 And whenever the guys needed to use the little boys room, they got to compete as well!

I wonder who holds the winning record…?

For the rest of the night we wandered around from bar to bar until we decided to call it a night at 5 in the morning.  And that is why I haven’t been able to blog sooner.